How Much Does Health Insurance Cost? 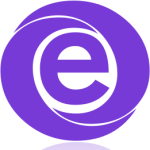 How much does health insurance cost? Across the United States, Americans pay wildly different premiums monthly for medical coverage. Though these premiums are not determined by gender or pre-existing health conditions thanks to the Affordable Care Act, a number of other factors impact what you pay. We explore those factors below to help you understand how much you might pay for health insurance and why.

The coverage offered by employers contributes to several of the biggest factors that determine how much your coverage costs and how comprehensive it is. Let’s take a closer look.

If you work for a large company, health insurance might cost as much as a new car, according to the 2020 Employer Health Benefits Survey from the Kaiser Family Foundation. Kaiser found that average annual premiums for family coverage were $21,342 in 2020,2 which was nearly identical to the base manufacturer’s suggested retail price of a 2022 Honda Civic—$22,715.3

Of course, whatever employers spend on their workers’ health insurance leaves less money for wages and salaries. So workers are actually shouldering more of their premiums than these numbers show. In fact, one reason wages may not have risen much over the past two decades is because health costs have risen so much.

At the same time, because employees get to pay health insurance premiums with pretax dollars, their burden can be less than that of people who buy their own insurance through the federal Health Insurance Marketplace or their state’s health insurance exchange. (For the purposes of this article, “marketplace” and “exchange” are synonyms.)

Which type of plan employees choose affects their premiums, deductibles, choice of healthcare providers and hospitals, and whether they can have a health savings account (HSA), among many choices.

For families in which both spouses are offered employer health insurance, a careful comparison is critical—one plan may be a much better deal than another. The partner whose plan is not used can pocket the part of their paycheck that isn’t withheld for medical coverage. Or a couple with no children may decide that each should opt for their own company’s plan as individuals (coverage for couples rarely involves any sort of discount—it’s basically just a doubling of the individual rates).

The percentage of firms offering employer health coverage to at least some workers in 2020.2

The federal insurance plan marketplace at HealthCare.gov, aka Obamacare, is alive and well in 2021, despite years of its political foes’ efforts to kill it. It offers plans from about 175 companies. Some 12 states and the District of Columbia operate their own health exchanges, which basically mirror the federal site but focus on plans available to their residents. People in these areas sign up through their state, rather than the federal exchange.5

Each available plan offers four levels of coverage, each with its own price. In order of price from highest to lowest, they are labeled platinum, gold, silver, and bronze. The benchmark plan is the second-lowest-cost silver plan available through the health insurance exchange in a given area, and it can vary even within the state where you live. It’s called the benchmark plan because it’s the plan the government uses—along with your income—to determine your premium subsidy, if any.

The good news is prices are going down a bit. According to the Centers for Medicare & Medicaid Services (CMS), the average premium for the second-lowest-cost silver plan decreased by 4% on HealthCare.gov from 2019 to 2020 for a 27-year-old. Six states experienced double-digit percentage declines in average second-lowest-cost silver plan premiums for 27-year-olds, including Delaware (20%), Nebraska (15%), North Dakota (15%), Montana (14%), Oklahoma (14%), and Utah (10%).6

And from 2020 to 2021, the average second-lowest-cost silver plan decreased 3% for a 27-year-old. Four states (Iowa, Maine, New Hampshire, and Wyoming) have average benchmark plan premiums decreasing by 10% or more.7

The American Rescue Plan Act of 2021 also instituted a special enrollment period (SEP) for marketplace plans from Feb. 15 to July 31, 2021. For new consumers selecting plans through HealthCare.gov during this time, the average monthly plan premium fell 27%, from $117 to $85, thanks to the expanded subsidies. It also helped to lower out-of-pocket costs: Deductibles fell almost 90%, from $450 to $50.8

However, it’s not universally good news. For more details, we consulted the CMS’ 2020 Health Insurance Exchange Premium Landscape Issue Brief. It indicates that 27-year-olds buying silver plans saw their premiums increase by 10% or more in Indiana, Louisiana, and New Jersey.9

The importance of subsidies

You can take your advance premium tax credit in one of three ways: equal amounts each month; more in some months and less in others, which is helpful if your income is irregular; or as a credit against your income tax liability when you file your annual tax return, which could mean you owe less tax or get a bigger refund. The tax credit is designed to make premiums affordable based on your household size and income.15

Your credit is based on your estimated income for the year, so if your income or household size changes during the year, it’s a good idea to update your information at HealthCare.gov right away so your premium credits can be adjusted accordingly. That way, you won’t have any unpleasant surprises at tax time, nor will you pay higher premiums than you need to throughout the year.15

Health Insurance Deductibles: What Can You Expect?

On top of premiums, everyone who carries health insurance also pays a deductible. This means you pay 100% of your health expenses out of pocket until you have paid a predetermined amount. At that point, insurance coverage kicks in and you pay a percentage of your bills, with the insurer picking up the rest. Most workers are covered by a general annual deductible, which means it applies to most or all healthcare services. Here’s how general deductibles varied in 2020:

Individuals who are eligible for cost-sharing reductions (a type of federal subsidy that helps reduce out-of-pocket costs for healthcare expenses such as deductibles and copays) are responsible for deductibles as low as $115 for those with household incomes closest to the federal poverty level.1716

A Note on Short-Term Plans

If you miss the annual enrollment period and don’t have one of the reasons that qualify you for a SEP, you may have to resort to buying a short-term health insurance plan that lasts anywhere from three months to 364 days. Because these plans tend to cost an average of 54% less than exchange plans, according to the Kaiser Family Foundation, you may also decide to opt for one if you can’t afford health insurance through your employer or on the exchanges (maybe you’re not eligible for a subsidy).18

Buyer beware: Regulations vary by state, but in general, you can expect that pre-existing conditions won’t be covered; your application may not even be accepted if you have certain health problems. Other common exclusions include maternity care, mental health services, and prescription drugs. And be on the lookout for dollar limits on coverage. Short-term plans don’t offer the same protections that exchange plans do and may not help enough or at all when you need coverage the most.19

How Do I Find Affordable Health Insurance?

Group plans are generally cheaper than individual plans. So if you are eligible for one—through your employer, your union, or some other association—that’s your best bet, in terms of coverage for the money. If that’s not an option, the public health marketplaces established by the Affordable Care Act offer affordable health insurance for individuals. In most of the U.S., you can sign up for a plan offered through the federal government via the HealthCare.gov site. However, 12 states run their own marketplaces, and residents sign up via their sites.

How Much Is Health Insurance a Month for a Single Person?

It depends on a variety of factors, ranging from your resident state to your age to the type of plan (workplace or individual). Employer-sponsored plans average $622.50 a month, with individual employees paying $105 of that, for example. Individual plans on the healthcare exchanges range from an average of $648 to $273 monthly.

What Is the ACA Health Insurance Marketplace?

Established by the Affordable Care Act (ACA), the Health Insurance Marketplace is a platform that offers medical insurance plans to individuals, families, and small businesses. Fourteen states and the District of Columbia offer their own marketplaces, also known as exchanges, while the federal government manages a marketplace open to residents of other states. Marketplace plans are divided into four categories that range in cost and coverage. Though offered by private companies, all must meet certain criteria established by the state or federal government.20

How much you’ll pay for health insurance isn’t a number you can guess. It’s affected by many factors, few of which you can control (though maybe there’s a case for leaving Wyoming in search of cheaper insurance).

If you’re buying a plan through HealthCare.gov, you can use the government’s tool for estimating which subsidies you’ll qualify for (access it here). If you’re buying insurance through your employer, review your open enrollment information as soon as it’s available so you have plenty of time to review your options, attend any information sessions, and use any comparison tools your employer offers to help you pick the most valuable plan you can afford.